Earlier this year, MGC Pharmaceuticals, in collaboration with the Slovenian National Institute of Biology (NIB) and the Neurosurgery Department at the University Medical Centre in Ljubljana, Slovenia, announced successful research results for their novel cannabinoid formulation, which has been developed for the treatment of glioblastoma. This article highlights the key study findings and their future research plans. 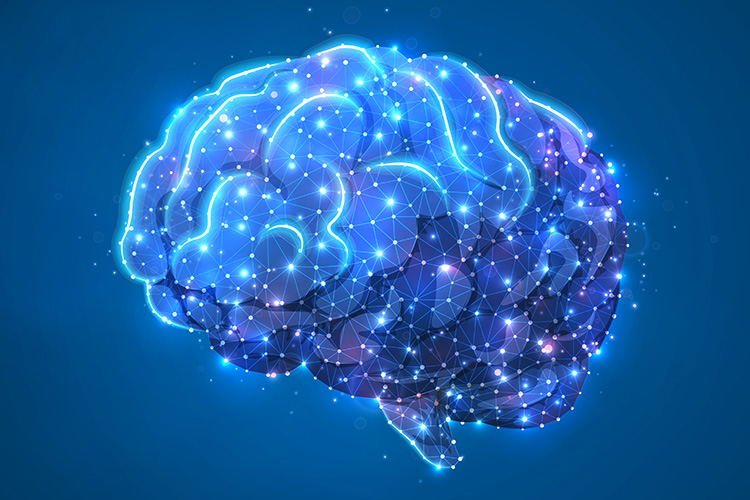 The goal of finding a “cure” for cancer has recently been replaced with the aim of taming tumour malignancy, turning cancer into a chronic disease with prolonged life expectancy and an improved quality of life. This strategy has been successful in some cancers; however, for glioblastoma, one of the most aggressive cancers, average survival has only increased by around 15 percent over the last 20 years.

Glioblastoma remains one of the most malignant cancer types despite the modern modalities of chemotherapy and irradiation treatment. Several phytochemicals exhibit important properties against this form of cancer, including the cannabinoids delta-9-tetrahydrocannabinol (THC) and cannabidiol (CBD) from Cannabis sativa. These bind to specific transmembrane proteins which are highly expressed on the tumour cell surface and facilitate entrance into the glioblastoma cells. Once inside, the cannabinoids interfere with specific biochemical pathways, promote tumour cells’ growth arrest, inhibit their invasion and cause cell death. In over 20 animal studies, CBD/THC was found to drastically decrease the size of and even eliminate glioblastoma. Furthermore, in a few clinical trials and published reports, the variable anti-glioblastoma effects of these two cannabinoids, in combination with other therapeutic modalities, have been demonstrated. However, wider clinical application of these preparations is hindered due to the psychotropic effects of THC. This often limits the clinical usage of THC and CBD mixtures in glioblastoma patients as many will already present with adverse neuropsychiatric symptoms, including impaired cognition. 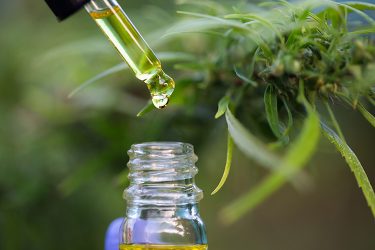 The aim of the MGC research teams from the NIB, in collaboration with the Neurosurgery Department at the University Medical Centre in Ljubljana, Slovenia, was to develop cannabinoid formulations and define protocols for the treatment of glioblastoma patients, focusing on glioblastoma stem cell (GSC) antagonists. These include the most effective cannabinoid combinations alone and with the standard therapeutic, temozolomide (TMZ). Specifically, their aim was to assess the influence of three natural cannabinoids – THC, CBD and cannabigerol (CBG) – on cell viability and apoptosis in vitro in three-dimensional (3D) spheroids and in vivo in experimental animals.

The MGC research team established a postoperative, pre-treatment diagnostic platform, where the response of patients’ primary tumour cells to the most effective cannabinoid preparation was determined and correlated with the individual tumour cells’ genetics. This diagnostic platform is highly innovative as it addresses the three major reasons for inefficacy in current glioblastoma therapy.

The first obstacle is glioblastoma heterogeneity. The MGC scientists assumed that in vitro tumour cell responses may be different in each patient: 1) they would have one of four specific glioblastoma subtype tumours or 2) a unique pattern of at least five major cannabinoid cell surface receptors. If, and when, a correlation is observed using bioinformatic tools, such information would enable a patient-tailored cannabinoid formulation to be applied in his/her treatment, administered at an early stage. This may be relevant when translated to Phase I clinical trials.

Secondly, it is generally not known if and how patients’ GSCs are affected by various cannabinoids. This sub-population of cancer cells, which evolve during cancer progression by acquiring intrinsic resistance to irradiation, is at present considered the key therapeutic target. We, and others, have demonstrated CBD cytotoxic killing of GSCs whereby CBD induces an increase in damaging free radicals and others that led to the inhibition of GSCs dedifferentiation, death in vivo and even prolonged the survival of tumour-bearing mice by CBD.

THC also affects glioblastoma cell death through CB1 receptor-mediated signalling, acting in synergy with CBD. However, the third obstacle preventing cannabinoid translation from lab bench to patient’s bed is THC’s psychoactive effect, which may counteract the palliative cannabinoid benefits in glioblastoma patients, who may be losing their cognitive perceptions and stability due to disease progression.

The present study investigated CBG, an additional non-intoxicating cannabinoid with little known about its potential as an anti-cancer agent. We found that adding CBG to CBD can double the cytotoxic effect on glioblastoma cells. While CBD inhibits the glioblastoma cells’ viability, CBG appears to be more efficient at inducing the cascade of biological processes leading to programmed death (apoptosis) of GSCs (Figure 1).

The effective power of CBG and CBD to terminate cancer stem cells is completely novel. The ability of this formulation to affect GSCs in vivo, without the need for THC, would enable the development of a therapeutic intervention which is devoid of its psychotropic effects.

Figure 2 shows our results that demonstrate CBG also affects the survival of GSCs. This observation is significant as these cells tend to survive the initial treatment and multiply, leading to tumour recurrence. Although these cell lines are extremely resistant to irradiation and chemotherapy, they appear to be sensitive to CBG, as shown in our experiments, where we demonstrated the death of one third of the cells exposed to a milieu with a concentration of circa 50μM of CBG.

Figure 2: A solvent control, comprised of solvent dimethyl sulfoxide and ethanol, was compared to each of the mono ingredients. Right: NCH644 cells – glioblastoma stem cell line 48 hours after addition of 58μMol of CBG. Thirty-seven percent of the cells were dead.

Our research is now focused on testing delivery systems, with the aim to cross the blood-brain barrier (BBB). This will be tested in a suitable zebra fish embryo model, established for glioblastoma research at NIB. Due to leaky tumour vasculature, it is expected that drug diffusion to highly angiogenic glioblastoma mass will be much easier than that seen in neurodegenerative diseases. 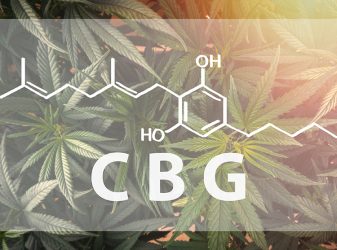 Novel formulations of nanomaterials for cannabinoid encapsulation, mostly comprising CBD and CBG, are being tested to target patient-derived GSCs in 3D spheroid cultures in vitro. The tumorous raised from engrafted patient-derived GSCs will then be exposed to encapsulated cannabinoids and, due to the animal transparency, glioblastoma growth and invasion in the fish brain will be easy to analyse, while fluorescently tagged GSCs may reveal the mechanism of cannabinoid activity in the brain tumour.

The team believes this research may have wider implications for the use of cannabinoid compounds in the treatment of the brain tumours and possibly brain metastases. It is hoped that these results will aid our understanding of precision treatment design regimens for potential formulations of adjuvant therapies. These would be designed and followed in a Phase I/II clinical study of cannabinoids, focusing on the novel effects of CBG in glioblastoma patients. As cannabinoids are already used by oncologists for palliative effects, we hope to propose the early and informative postoperative use of cannabinoids in glioblastoma that would also fully exploit their assumed anti-tumour activity.

The aim of the present research was to use specific cannabinoids to develop in vitro formulations and define the protocols for the treatment of glioblastoma alone in the first phase of treatment, rather than as a “second or last choice”. We believe, based on current knowledge, that combinatorial therapy is needed in all cancers and that cannabinoids will serve to be an add-on therapeutic, with the main advantage to lower doses of harmful chemotherapy and irradiation.

No significant side effects of CBD have been observed in glioblastoma patients, however unpredictable THC effects should be avoided. Our study is the first to open the possibility of replacing THC with CBG, which is highly effective in killing GSCs – the “root” of the tumour growth. The question of specific ratios, customised to patient tumour genetics, will be addressed after a statistically relevant number of glioblastoma patients have been included in this study. To conclude, targeting GSCs with these cannabinoids may significantly improve standard disease treatment for glioblastoma.

Professor Tamara Lah holds a PhD from the University of Ljubljana, Slovenia and is the former Director of the National Institute of Biology and established Department of Genetic Toxicology and Cancer Biology. At present, she is a Scientific Councillor and professor of Cancer Biology at the University of Ljubljana. She has previously worked at Josef Stefan Institute in Slovenia and the University of Newcastle upon Tyne, UK. She also was a postdoc and Assistant Professor at the School of Medicine in WSU in Detroit, Director of Metastasis Research Laboratory at Albert Einstein Medical Centre, in Philadelphia, PA and recently a Visiting Professor in Sao Paolo University in Brasil.

How to Quit Weed Cold Turkey

Which Fruit is Good for Diabetes Patients?

Observing Wisdom – Kabbalistic Insights From the Zohar on…

Difficult to remove the root of onychomycosis!【Xue Yidao】

Why Should You Be Concerned?- HealthifyMe